I was voted most accident prone in my graduating high school class. Although I’ve played soccer most of my life, and did play basketball on my middle school team, I’m not the best athlete. I had always thought my lack of grace was to blame.

However, it may just be my birthday!

Turns out those of us born September – December are at a disadvantage when it comes to playing sports.

In a New York magazine article about Malcolm Gladwell (Outliers) and his views on success, I learned about “what academics call the relative-age effect, by which an initial advantage attributable to age gets turned into a more profound advantage over time.”

He makes the case with hockey players, but I’ve also seen it argued with Australian Premiere League rugby players. The idea is that those with a January 1 eligibility cutoff in sports, those that have a birthday earlier in the month are more likely to reap the benefits of higher-level play.

For instance, a hockey player born in February will be playing alongside kids born in April and August. Well, the earlier born kid is likely to have more maturity (Gladwell mentions physical, but emotional could help too). So the January baby gets recruited  for an all-star team which leads to more practice, better coaching, and tougher games. By the time the kids are older, the January baby has an advantage over the October kid who was less mature when those choices were made.

Gladwell suggests, according to the same article, “elementary and middle schools put students with January through April birthdays in one class, the May through August birthdays in another, and those with September through December in a third, in order ‘to level the playing field for those who—through no fault of their own—have been dealt a big disadvantage.’” 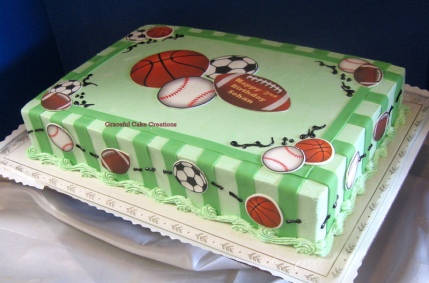