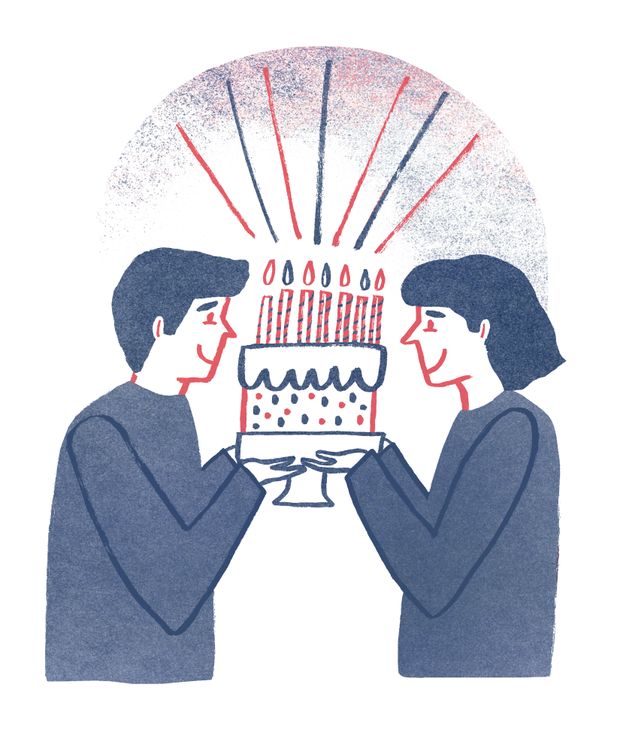 Here is something that would be a recipe for divorce at my house — sharing my birthday. I know I’m a little (OK, a lot) birthday crazed. But I can’t be the only person who would NOT want to share her birthday with her significant other. Ugh! Worse would be having to share with your child…then, you’d have to be the grown up about it and all that kind of stuff.

Canadian John Beattie recently provided a personal essay to The Globe and Mail with the title “What it’s like to share everything – even your birthday – with your wife.” Of course, this first person account read like a horror story to me.

Beattie and his wife Zuraidah on July 30th each year compare themselves to a Hollywood power couple that share the same birthday too. They “wake up asking each other ‘what would Michael Douglas and Catherine Zeta-Jones do?’” Since Christo and Jean Claude, the artists that wrap buildings and parks also share a birthday, I’m not sure why they don’t ask about them (although perhaps the answer there is too obvious — wrap something).

Beattie guesses there are other couples that are not so famous that are also “birthday sharers” but comments there is no special word to describe this occurrence. Yet, he writes, “there really should be. There are at least seven billion people on Earth. If everyone’s birthdays are spread out evenly that would mean each of us shares a birthday with more than 19-million people. That merits a word.”

It would have to a romantic one, apparently, since “just about everyone who knows [Beattie and his wife] as a couple thinks it’s really romantic.”

But as you can already guess, I do not agree. There is no romance in having to spoil my significant other on the day I want to be spoiled. Even my husband, who already has had to endure a December 30th birthday all of his life, would probably stick with his winter doldrums bday over having to share the birthday spotlight with yours truly.

Nevertheless, at least those who share a birthday don’t have to worry about forgetting their spouse’s birthdays. Yes, apparently it’s an issue. One third of those in an evite poll of 2,000 had done so. Men were twice as likely to space, and 9/10 of them were in serious relationships when they did so. Unsurprisingly, 12% of their relationships hit the skids because of the birthday gaffe.